My friend and future sister-in-law Michelle, pictured with myself below, is a real
Turd Ferguson
(for a video of who Turd Ferguson is; click the link). 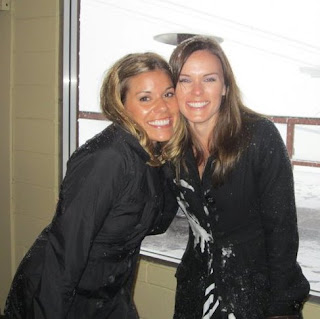 First of all, I love Michelle so I can “call her out” just as much as she can “call me out” with the series of pictures she took below.  But before I reveal the photos allow me to explain…You see she thought it would be funny to take pictures of me on our trip to California every time I was on my phone doing “social media”.  I do admit, it may be a little excessive having a Facebook, a blogspot, a Twitter, and a Tumblr account, but hey social media outlets have brought great success to the following people:
Kim Ka-dunk-asshian (Kardashian) allegedly gets paid $10,000 for each tweet she posts
Charlie Sheen blew up his Twitter following in less than 24 hours after his manic episodes
Justin Beiber became uber famous once he started tweeting
Apparently Ashton Kutcher got the spot on Two and a Half Men because he has such a large twitter following
Now, I’m not saying I’m waiting for my “big break” by being a part of social media and I’m not really sure why I have so many different accounts…but who knows maybe one day it’ll all pay off.  And if not, well it keeps my mind occupied and that’s enough reason for me.
Enjoy Michelle’s Mischief below (side note: these aren’t my best angles) 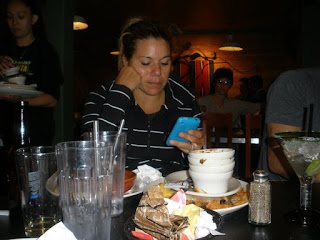 So there you have it. Now all of you know how much time I devote to my followers…and I actually left out about 3 other pictures.  In all honesty, I think all this social media has drastically reduced my attention span to pay attention to anything at all for longer than 5 minutes.
Stay tuned for tomorrow’s blog: Planking Adventures