**For lack of better words I will be using the word ‘suck’ in this post. And while it may seem a harsh description, I feel it’s appropriate. Read on, if you wish.
Question: Do your friends ‘suck’?
No really….this is an honest question.  Do your friends suck the life out of you? Do you find yourself defending your actions, your lifestyle choices, why you do this or that, or do not do as they do?
I will be the first to admit, that I am certain some “friends” of mine would say I “suck” from time to time.  I’m sure they have said the following about me:
“I’m not going to ask if she wants to go because she probably isn’t drinking” or  “She’s not going to want to stay out late anyway…..She’s not ‘fun’ when she doesn’t drink, and she’ll either fall asleep, or go home early.”
All of these statements are most likely true and I am absolutely ok with that. In fact, so are the friends that I hang out with the most because we don’t have to explain to each other if and why we aren’t drinking, why we’d like to go to bed at a decent hour (even on a weekend), etc.  It’s refreshing to know that I can get ready to go out and not have to stress about explaining myself to the company I am around.
Some people laugh thinking I’m joking, but the sad fact of the matter is; sometimes the people you think will support you the most; will be the first to jump ship.
If you’ve been to one of our Pump & Shred nights or have sat in one of mine and Jessica’s nutrition talks, you have probably heard me say, “I just want to warn you; you may lose a few friends.” As much as I hate to say it, it’s true.  It’s happened to me, I’ve seen it happen to friends of mine, and it’s an issue my clients have talked about.  The other day I heard another trainer asking his client if he was able to eat clean and not drink over the weekend and his client responded, “Yeah, I did but I had to spend the whole weekend hiding from my friends.”  Wow…some friends….
I posted the phrase below on my Facebook status a few weeks ago after I had a conversation with a friend about the lack of support she was getting from her friends when she told them she was trying to get in better shape, eat healthier, and heaven forbid feel better about herself overall.  Instead of her friends supporting her, like most would assume, they poked fun, attempted to sabotage her efforts, insisted she was going to fail at her attempts anyway and ended up hurting her feelings pretty badly.
Criticizing someone for making healthier changes when you’re not, reveals your own selfish insecurities. Either step up and support or step off.
And to this I say, “Anchors aweigh, my ‘friends’!”
You do not have to settle for friendships that weigh you down; literally and figuratively.  When people who you think will support you the most abandon you because you no longer participate in the actions/behaviors they do or not as frequently, start questioning you and mocking you, IT’S NOT YOU – IT’S THEM.
When you make yourself better as a person and they aren’t on board, it makes them vulnerable, it makes them look at their own lives and feel insecure about themselves.  Don’t take it personal; encourage them to join you and/or at least support you, and if they don’t, leave it.  It’s not worth your wasted time and energy to beg for support or a friendship that is superficial.  They’ll find new friends and so will you.
This is a subject I could go on and on about….and don’t even get me started on family members whom you have always supported and thought vice versa delete you from Facebook.  It’s a sensitive subject with me; one which I digress. 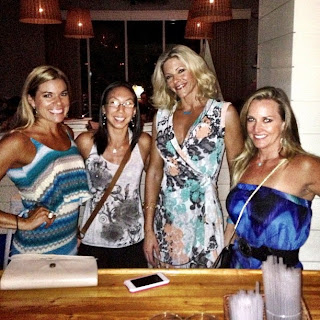